This is an early competition that we are very fond of; instead of treating and changing the interior of the building too much to express a change in content, we made a surrealistic and undulating landscape and kept the rustic palace as it was. The outcome is a magic and fun place for everyone.

Palacio Correos - A magnificent old building in central Buenos Aires is going to change its content. From being headquarter of the postal service to become a house for the people - an institute of culture. We wanted the building to be seen as if you had a generous rich uncle that let you roam free around his mansion. Buenos Aires is a nice city but lacks a very fundamental thing for being a city near a river - water. Rio de la Plata is a quite dirty waterway and large stretches of the shores has been occupied with big luxury houses. That is why we decided to make a water park around (and inside of) the palace.
The water level changes through the year. In the basement where it used to be a parking garage is now a gigantic ballroom where you can do whatever you want between the water filled floor and the roof that is lit up by hundreds of chandeliers. 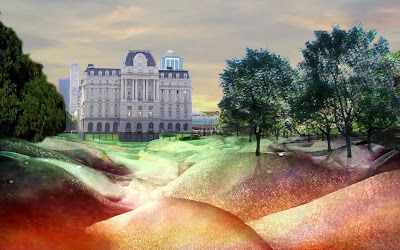 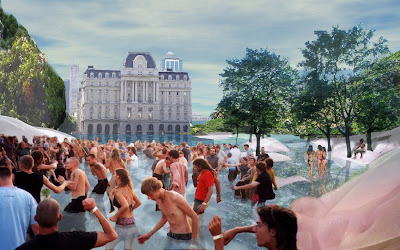 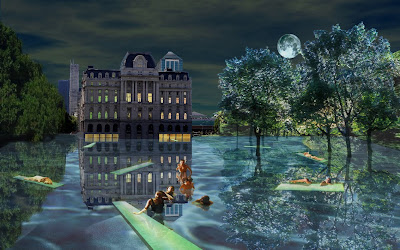 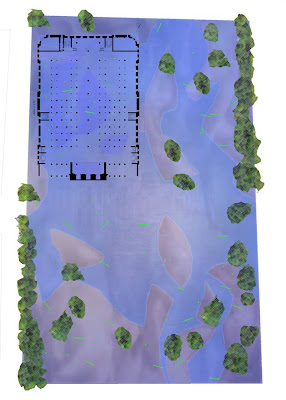 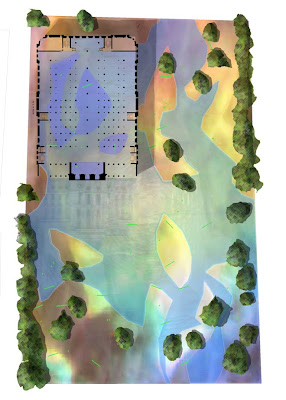 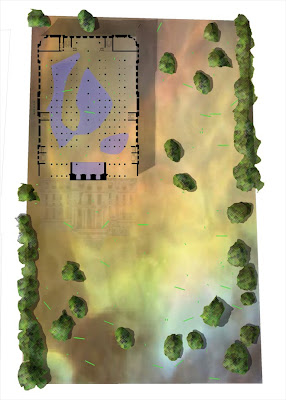 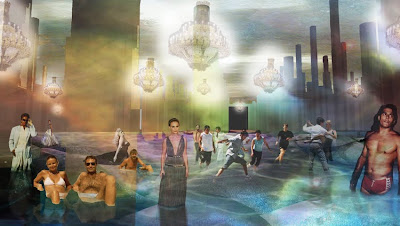