Entry for the competition "Vertical Zoo" in Buenos Aires.

Costanera Sur is an artificial nature made from rubble when the city of Buenos Aires constructed its main highways in the 70s and 80s. A thunderous waterfall makes an addition to this landscape, enhancing this artificial nature into a more paradisesque one. 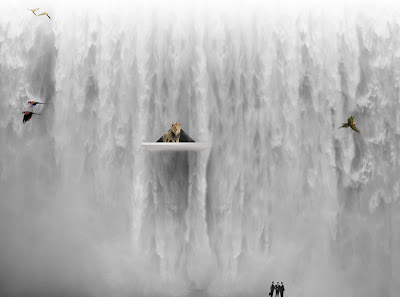 How it works
The building takes water from the river, cleans it and pumps it up through a system of huge pipes, which also acts as a structural frame.
This water is constantly overflowing the pool on the roof which creates a waterfall on the entire façade that conceals the pipe structure and that turns into energy at basement level through the turbines and the main generator.
The structure is completely self-sufficient and can provide for water and energy for other future structures in the reserve or existing ones in Puerto Madero. It also becomes a unique and striking symbol for the Costanera Sur and the river. 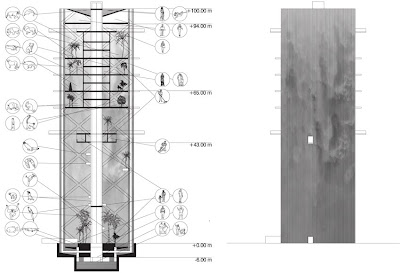 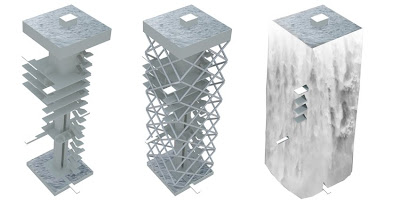 Layout
In the middle lies a core of circulation with elevators and stairs which goes vertically through the whole building. Various floor levels with different functions are outcropped from this package with views of the powerful water curtain. Various cantilevered footbridges breach the waterfall where one can enjoy the views of the Costanera Sur, the city and the river. 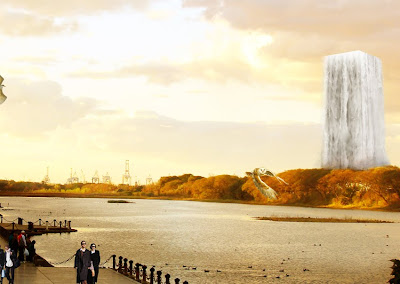 The entrance level is dramatic and impressively beautiful as one enters through the thunderous water curtain, over the moat of crocodiles and to a lush patch of jungle with monkeys and tropical birds. Next is the office section with veterinary and food storage facilities.
The waterfall makes air-condition redundant and offers a serene working atmosphere.
A lower observation deck is located on top of the offices where one also can ascend to the animal flats on the upper levels.
The floors for the animals are divided into flats for each species, with a balcony that pierces the waterfall and adds a feature that no other zoo has. Each flat has a typology of plants and vegetation that is suitable for that animal.
Some of the animals, foremost the smaller monkeys and the birds, can roam free in the building.
The café with a souvenir shop and a second observation deck is located a level higher, followed by the auditorium level where the halls are open to the back to see the waterfall.
On top lies a pool with fresh water dolphins and with grand views of the surroundings.

Another splendid little piece of perfection from our humble office is taking its first step into the world.
Spröjs House will be fully grown in early spring and we will of course keep you updated further on.

Visiondivision's proposal "Street Party" was shortlisted from 3096 proposals for the competition "Thinking outside the parking box", a competition organized by Nissan and Designboom with Karim Rashid as the president of the jury.
See the competition results here and our proposal here and below.

"We are proposing a small addition with existing technology that makes the parked car transform from an inanimate object into an urban device that people on the streets can interact with and benefit from. With Bluetooth technology that is common in almost every cell phone nowadays, you can give the car timed directions to play music and light up the streets as you please. You can either turn in your favorite radio channel on a series of cars or you can make them download your playlist from your phone in a temporary folder. Different volume limits are set depending on the street, making an area that is rather empty at nights, alive with lights and music. " 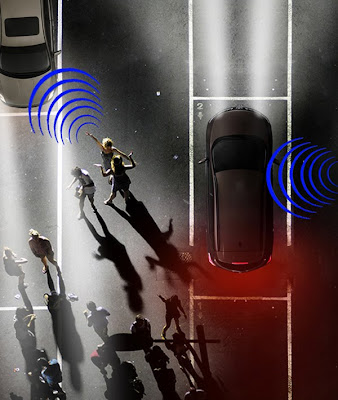 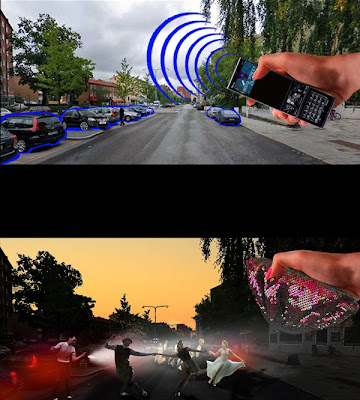