La Purisima, a traditional mexican plaza, is located in the periphery of downtown Monterrey, a growing and financially a very important city with almost 5 million
Inhabitants in its vicinity, surrounded by impressive mountains.
The two twisted and slanted high-rises, gives the area a vital injection, and expands the downtown centre.
The buildings will become a landmark and a statement of the city’s ambitions and also refer to the scale of the surrounding scenery.
The space between the two buildings will function as a great vertical green garden.
Different functions like a pool, gym, terraces and so on will give the inhabitants a rich differentiated environment to live their everyday life in.
The two sides of the gap is clad in white net, to reduce the wind and to allow green foliage to grow on it.
This will give the in between space a jungle like calm feeling and the skewed form of the building enhances the nature experience with its winding canyon like formation. instead of having ordinary railings, the walkways are covered in net as well, also to allow plants to grow on it, and make a more intimate feeling for the residential units. 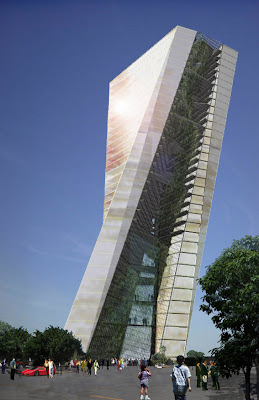 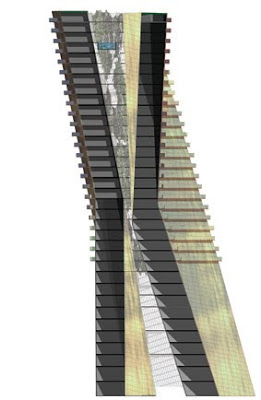 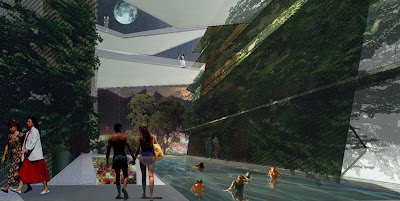 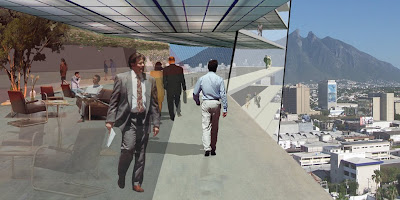