A rich client in Jönköping, Sweden, wanted a bowling hotel. The house should also be very environmentally friendly. We had one night to make our proposal.
We designed the hotel as a leaning structure, cladded with suncells towards the south and the industrial part of the town.
The north side of the hotel is mirrorcladded, allowing the guests to have a nice view of the down and the bowling. The Bowling area has a glass roof, that makes it possible to see the ongoing activities inside the house from the city. Great PR! 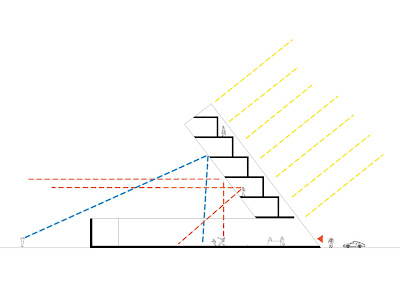 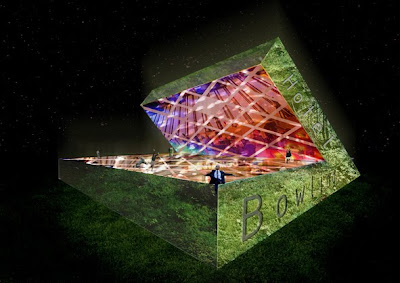 Competition entry for a new city district in Copenhagen on the old Carlsberg brewery grounds.

The Layout
A dense mass is laid out, almost in a Pompeian way, which covers the site.
From this mass the most important buildings and places are excavated.
The result will be startling, dramatic and unique.

The roof
The citizens want free space, but simultaneously a dense urban city district.
How do we solve both requirements that confront each other?
By lifting the free urban space onto the roof we can at the same time create a high density and at the same time also free land.

A new landmark is created,
a hill in the centre of Copenhagen. Where the citizens can enjoy the great view, take a walk during the lunch break, bask in the sun, have bbqs and fall in love.
It’s possible to take the elevator directly to the roof from your house or office,
or from any of the many public ones.

The roof will also connect the green structure of søndermarken in the
northwest to the vestre kirkegård in the south.

Where the listed buildings stands, the new hill has been carved out which creates open spaces in between the new and old structures. Roads are connected from these places
to the surrounding areas around Carlsberg.

The Buildings
The listed building will get different public use such as cultural centre and so on. The steel silos on the site carry a great value to the overall identity and we therefore suggest that they will remain on the site, different activities such as a public swimming pool can be established and designed with a unique architectural space.
Pools in the tanks with different temperatures that you can access directly from the roof are a possibility.

The new blocks will be designed by different architects where they have to design it to assure a mix of uses. Public spaces can be carved out almost in a cavelike manner also caves and tunnels can connect different streets to add to the complexity of the district.

The identity
A new part of the city that is dense and packed with life,
a landmark as a whole, great diversity in its parts.
A district that attracts and connects the surroundings.
A Picnic city

On top of the new city 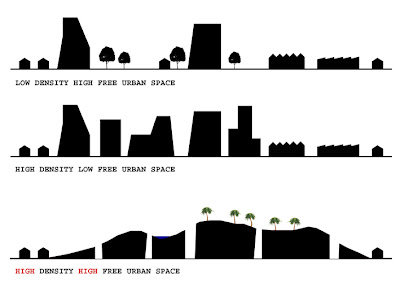 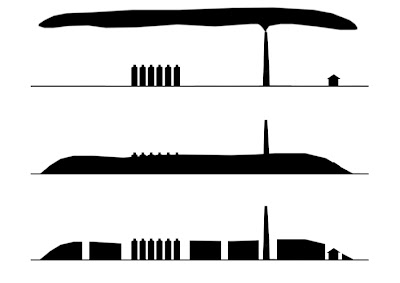 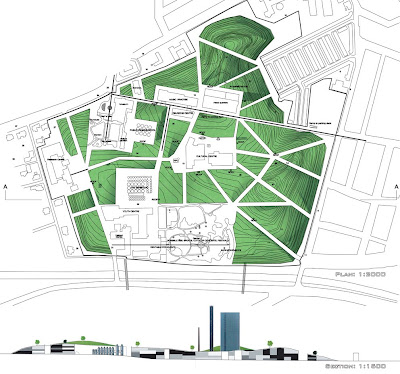 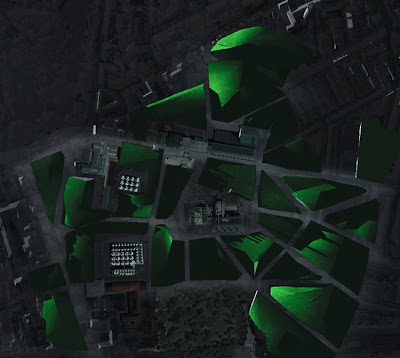 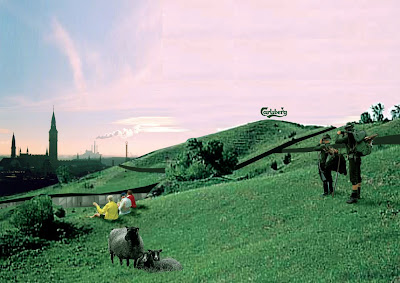 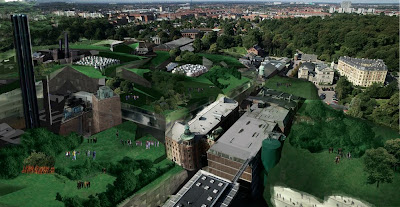 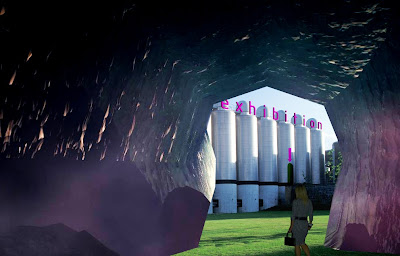 Cuts in the city structure