Competition entry for a music centre in a small village in Sweden.
The centre has two functions, primarily it will educate sing/song writers in the art of swedish ballads.
The building will also be equipped with a library and exhibitions, so it will be a great attraction and PR for the city.
Björn Ulveus, a member of the former swedish super group ABBA was one of the initiators of the competition and also a member of the jury.
We could only spare five days to complete our entry.
The concept was quite clear, Västervik wanted to brand themselves as a city of swedish ballads.
A magnificent site on an island just outside the old city core was going to be the new home for this music centre.
We saw a lot of money involved in this so we made a big and confident proposal.
The building functions as an open forum where visitors can stroll around in a relaxing environment.
The students gets extraordinary facilities, and we assumed that Björn Ulveus was going to be the principal for this school, so the principals office is quite amazing.
At the end of the year, the students works is recorded and put into a "rubber-jukebox-furniture", which is later placed somewhere on the island or put into the ocean, to drift around and maybe be found somewhere on the Estonian shore.
PR.
v d regrettfully didn't win the competition. Maybe Ulveus didn't have that much money after all.. 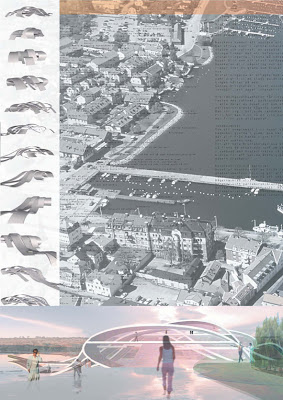 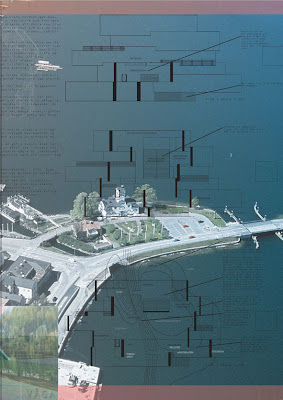 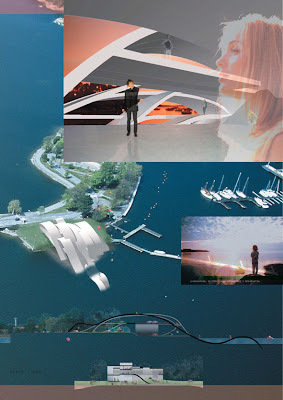 Email ThisBlogThis!Share to TwitterShare to FacebookShare to Pinterest
Etiketter: visiondivision

The summer of 2005 we where asked to build the information pavilion for Chalmers Architecture School and HDK School of Design and Crafts at the Swedish building expo BO05. Because of the limited budget we decided to re-use an old project "Pitstop" (a bike caf'e) in a new slightly pimped version. The new added material was a military net sprayed with hologram sparkle. The new costume made the building almost invisible yet the sparkle made it look like a mirage towards the surrounding nature. The building was sadly run over by a fire-truck, may it rest in peace. 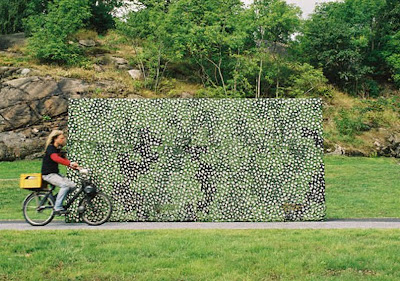 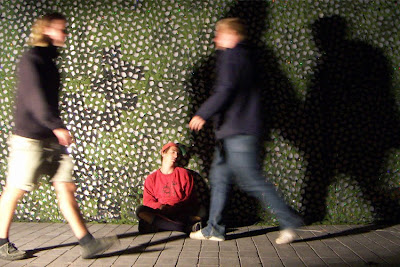 Man resting against the military net. 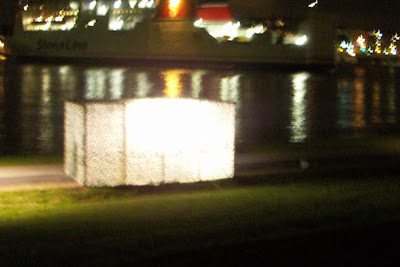 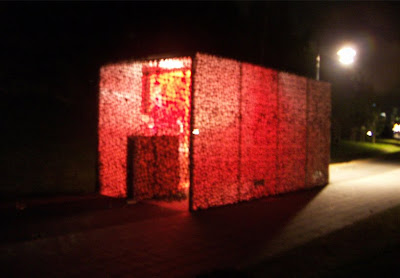 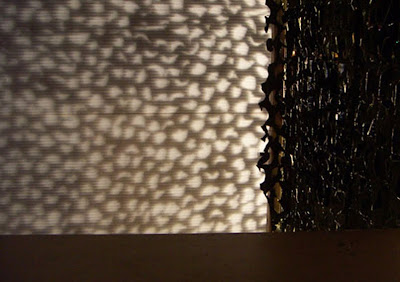 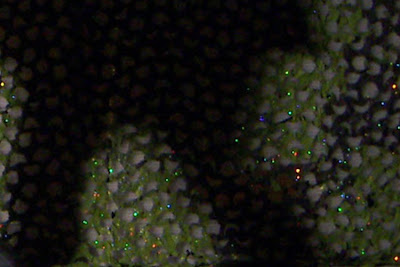