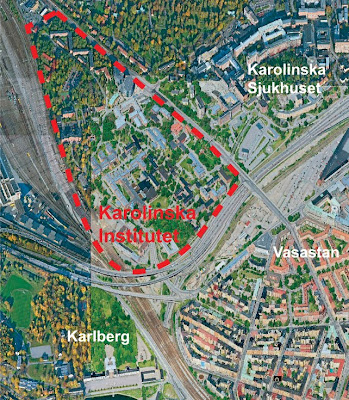 Visiondivision where assigned to overview the parking situation at the KI-Campus, the medical university of Stockholm, most known for its Nobel prize committee, to come up with solutions to fit in more parking lots at the campus without interfering with its green spaces.
The campus environment is quite delicate, both in terms of its layout and its traditional campus aesthetics. To asphalt a parking lot means making definite decisions that demands a lot of bureaucracy while temporary solutions can be done more rapidly.
We thought of using temporary solutions as a sketch tool that later could be refined into a definite solution once seeing the actual result.
The temporary solution became to do gravel fills on spaces that where not being used across the campus. If a gravel fill proved after being built to be well used and nicely fitted in to the campus area it could then be covered with asphalt after seeking a definite permit and becoming a fixed parking lot, if the space wasn't used enough, the gravel could be taken away. 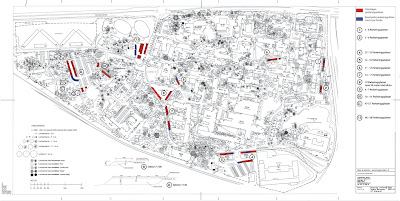 The team found together with the client 13 sites that could be gravel filled with a small budget, spread across the campus. Last summer most of those places has been gravel filled and will be evaluated during time to see if they are being well used and appreciated by the people on the campus. 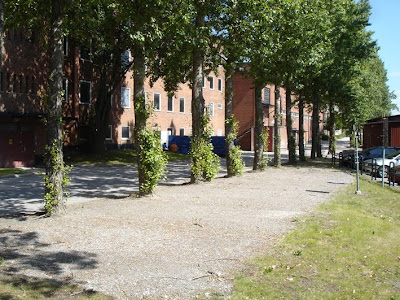 Parking lot nr 2: While new during summer , not so well used. 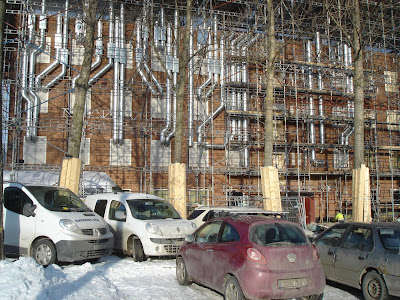 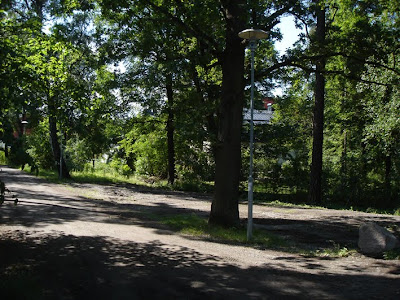 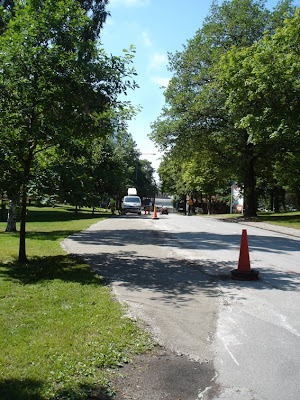 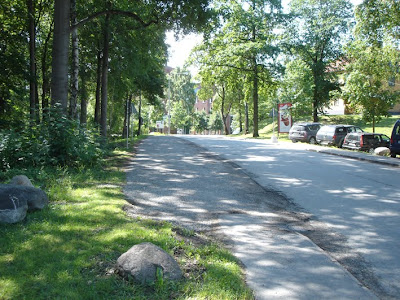 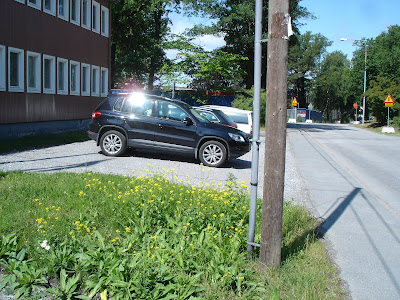 Parking lot nr 5: one month old and at full use. 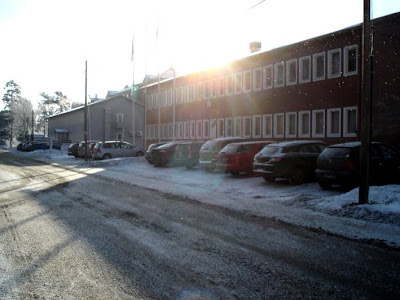 Parking lot nr 5: Six month old and at full use. 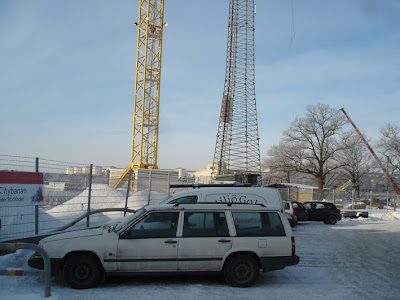 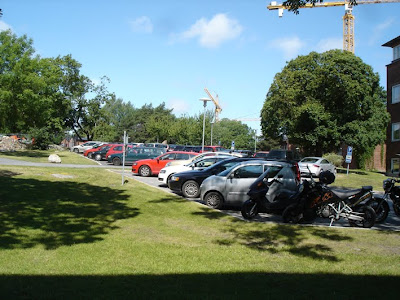 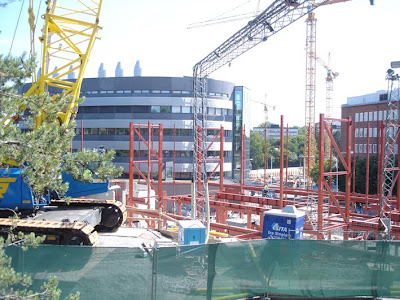 Parking lot 13: Was built last autum to serve as a parking space for 6 month while wating for a construction site to start. During the 6 month it was a parking lot and the campus got back its money twice for the cost of the gravel fill.
Upplagd av visiondivision kl. 5:56 PM 1 kommentarer