Suddenly there are thirty dogs in shiny red capes walking around in one of the districts of Buenos Aires.
The architects behind this visual improvement are visiondivision, but they haven’t done this merely for their own sake, the project is about improvement of these animals.

With a classy scarf with a name printed on them, we baptized the dogs we came across, gave them food and a personal red plate.
Hopefully the people around them will be more aware of these dogs and be more kind and generous towards them, and the Barrio will have the most prominent stray dogs of South America. 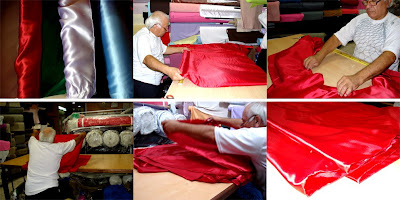 The project started out in Once in Buenos Aires, which is the garment district of the city.We chose a proper shiny fabric and had it cut up in 75x75 cm squares, 40 pieces. 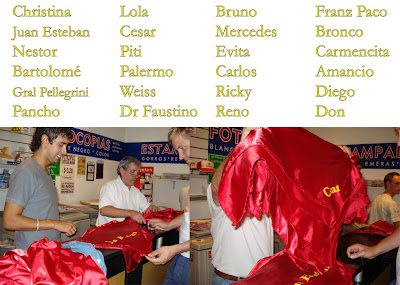 Then we made up a bunch of classy Argentinean dog names and had those printed on the fabric with a rubber technique in a printing shop nearby.

After that we went to a shop where they attached buttons on the scarves. 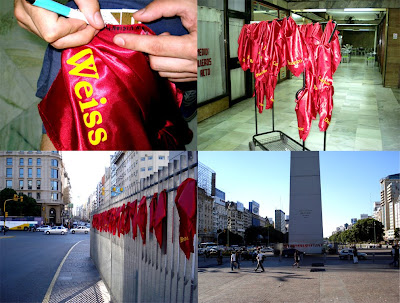 We signed them and had them on a display in a local mall, and then we practised to speed-button the scarves on Argentina’s national monument, The Obelisk in the smack centre of Buenos Aires on the widest avenue in the world. 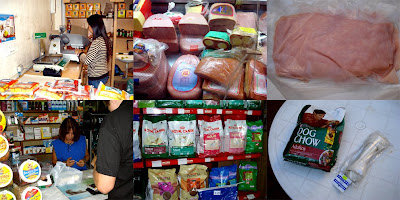 Only the best ham was selected and also some high quality dog food.

So this is how it works: We went to the outskirts of Buenos Aires and selected a stray dog, gave him food on a red plate and then we put on a scarf with a suitable name on the dog.
By giving a nameless dog a name and some fancy threads, the chances is that the public will be more aware of just that dog and continue to feed him and treat him better. 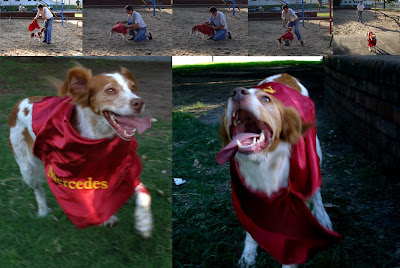 Our trustful assistant Pablo shows the proper way of attaching the scarf. The very first dog of becoming baptized was Mercedes, a dog full of energy and charm. 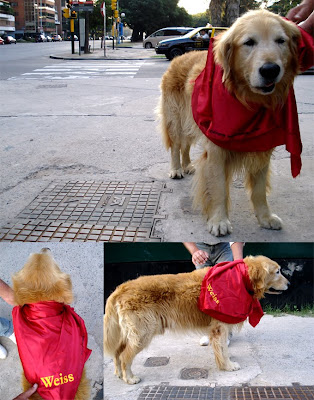 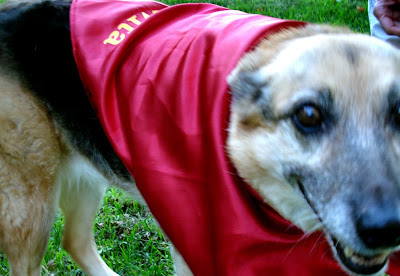 Evita, a curious dog with a limp. 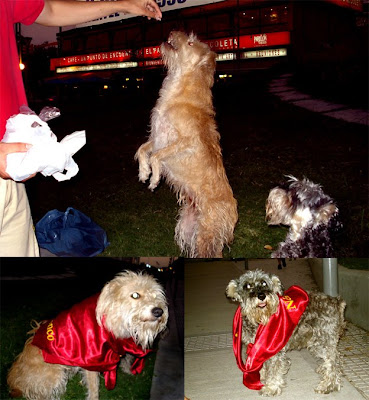 Bronco & Nestor, hard to get friends with at first. 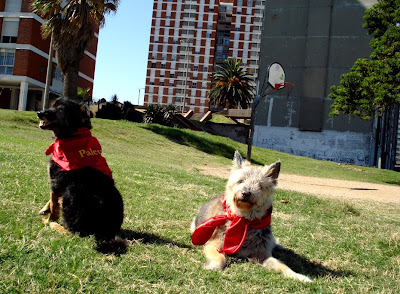 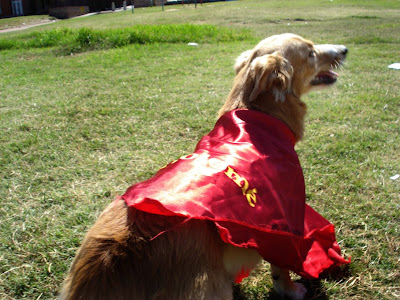 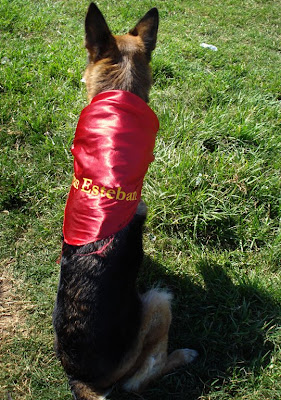 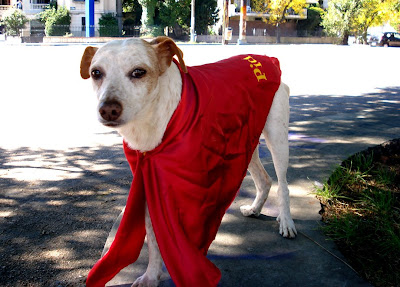 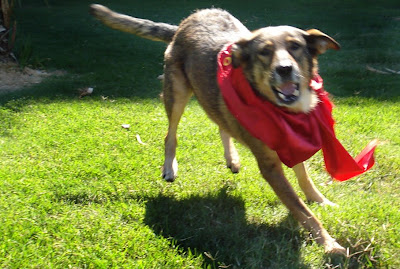 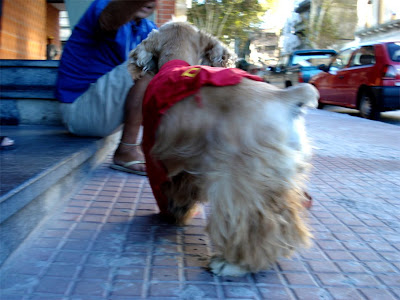 Bruno, fast as the lightning.Some locals helped us baptize this one. 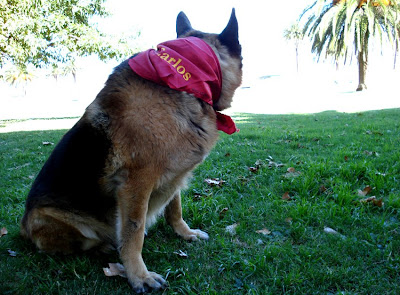 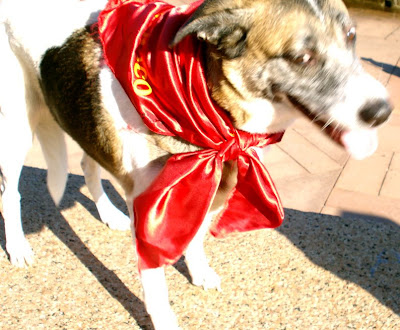 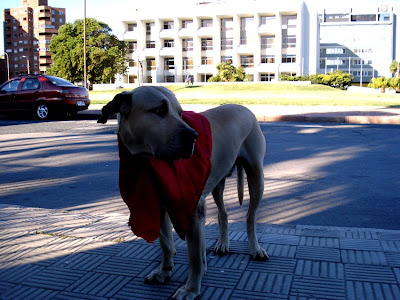 Second try in Granada for our picky clients.
The Postcard House was not "Spanish" enough.

The client wanted a dream house in the south of Spain that at the same time could be turned into an invisible fort when they client is not there.
Passing the house on the nearby road one will only see a garage. If you would accidentally walk pass the hidden garden you will see a façade with a flower patterned mesh. 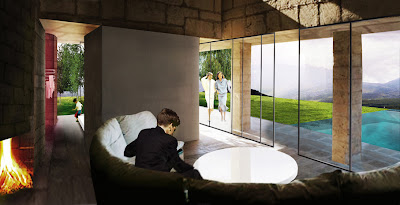 The client will experience a totally different house. Inside the garage there is a spiral staircase leading down to a big living room, and as the mesh is flipped into sun protecting panes, the panoramic view towards the surrounding mountains will appear from all the social rooms and the bedrooms. The bathrooms are located towards the hill and will have a cave-like appearance 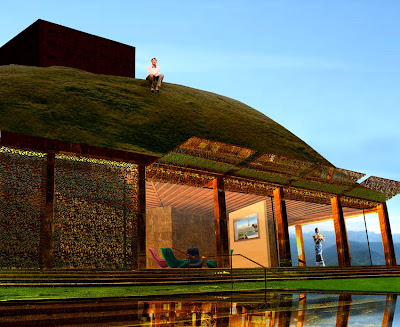 View towards the house from the lawn on the outside terrace. 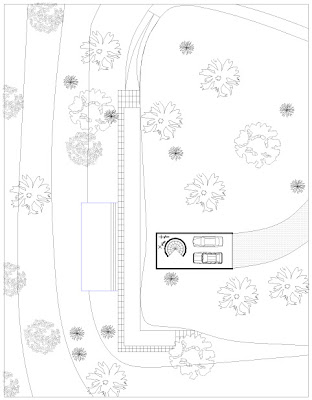 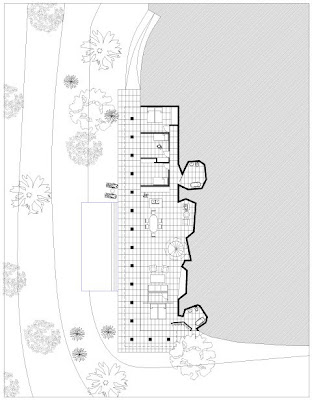 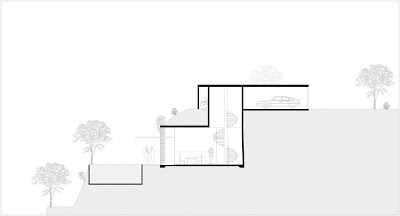