A developer wanted a proposal on how to build on a 90 x 14 meter site, the company wanted a corridor solution for a house that only should have one floor and be adapted for the 55+ sector.
The proposed typology would mean that they had to broaden the flats to let in sunlight and thus quickly filling up the plot, leaving them with a poor development rate and institution like housing units.
VD was perplexed over the proposed typology and gave the developer a proposal on how to maximize the plot, give the housing units more qualities and the tenants a far more humanistic living standard.
The plan is simple and zoned with a cube of functions that separates the private from the representative and that also creates circulation possibilities and points of views.
On top of the cube is a loft that can be used for visiting grandchildren and so on.
A storage screens of the bedroom and creates a calm small patio. 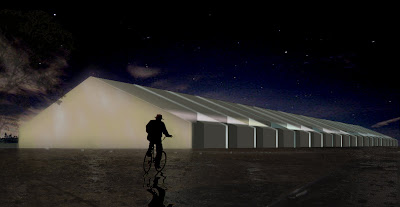 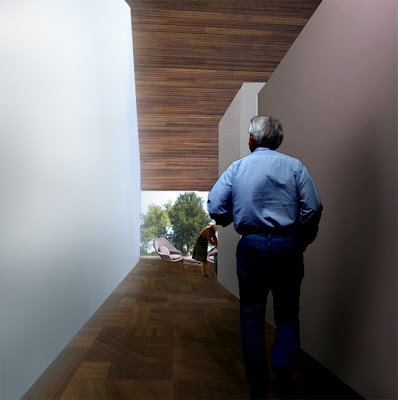 Interior with the light wall

LIGHT:
A light wall made of polystyrene and semitransparent insulation soaks up sunlight from the roof and lights up the apartment from both sides.
VIEWS:
To be able to see long distances in a dwelling makes the apartment more open and airy and is a good incitment for well-being.
CIRCULATION:
To increase the different ways you can move in your apartment you also makes it feel bigger and more spacious. 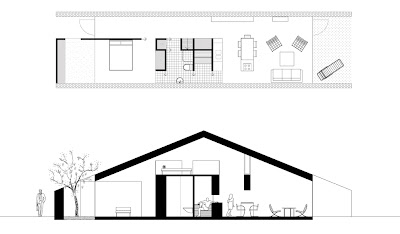 A machine that recycles plastic bags into trendy items