The task was to build 1000 housing units in the outskirt of Mölndal, a commuter town to Gothenburg.
The site is flat and rather undefined and is now the home to Åby horse race arena, the second biggest of its kind in Sweden.
Around the arena is a sprawl of horse stables and enclosed pastures, all this will be relocated to another area in a near future and this will liberate a great deal of land.

To create a notion of identity to the complete new residential area, a vast meadow will function as the visual core in the area.
The houses will cut through the meadow as long piers in a comb-like manner.
In between the apartment structures, there are terrace houses to create a healthy urban mix. 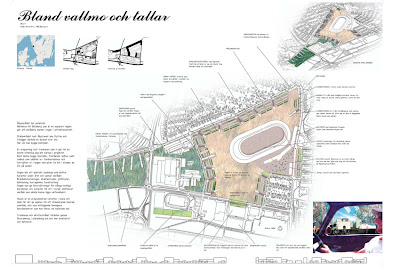 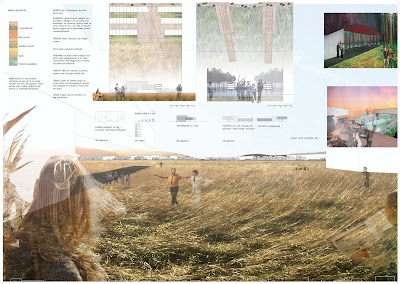 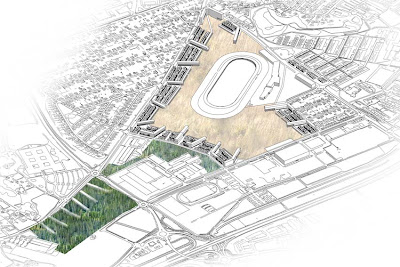 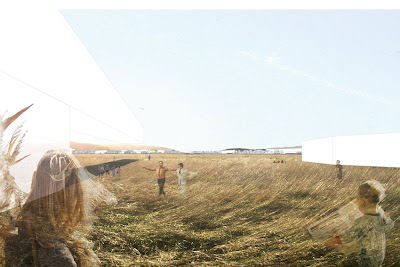 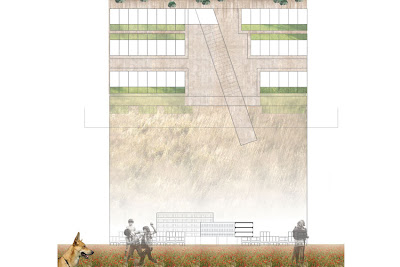 Housing units at the meadow 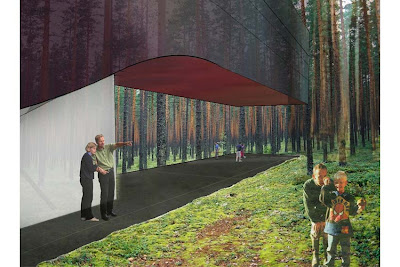 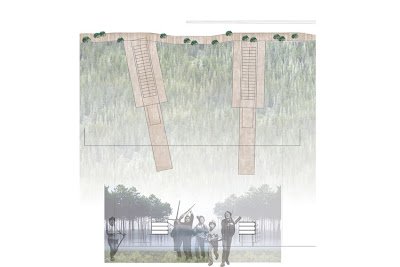